A couple of sushi rolls or a veggie stir-fry can be healthy lunch options but if you’re dousing them with a salty soy sauce you could be putting your health at risk.

A new report from The George Institute for Global Health, VicHealth and the Heart Foundation has found a single tablespoon of the average soy sauce contains 61 percent of our recommended daily salt intake. Alternatively, if you use just one small soy sauce plastic fish packet on a sushi roll, you’ll be eating nearly ten percent of your daily salt intake.

The report, released today as part of the Unpack the Salt campaign, analysed the salt content in more than 150 of our favourite Asian style sauces from Australia’s four major supermarkets from 2010 to 2018.

While the report found fish sauce to be the saltiest – one tablespoon of the popular Asian ingredient containing a whopping 96 percent of the recommended daily salt intake on average – it was the variation in salt levels of different soy sauces that caught the attention of health experts.

Heart Foundation Dietitian Sian Armstrong said the fact that some soy sauces contained more than double the amount of salt than others showed manufacturers can make their products less salty.

“We know that stir-fry dishes are really popular because they are quick, fresh and healthy but too many of us are unaware of just how much salt is hidden in the sauces we use,” Ms Armstrong said.

“A tablespoon of the saltiest soy sauce contains nearly 90 percent of your recommended daily salt intake, whereas the lowest salt soy sauce had less than half of that.

“Too much salt can cause high blood pressure, which increases your risk of stroke, heart and kidney disease. One of the best ways to keep your blood pressure down is by eating less salt so choose a reduced salt soy sauce when you’re cooking a stir-fry and go easy on the sauce.”

The George Institute’s Public Health Nutritionist and the report’s lead author Clare Farrand said it was a real concern that in almost a decade there had been no reduction in the salt levels in these popular sauces.

“In the past decade we’ve seen no reduction in the amount of salt in these sauces and there are no targets in place to bring about change.

“People assume soy sauces can’t be made less salty, but this report shows that’s not the case, with some soy, tamari and oyster sauces containing much lower salt levels. We want to see all manufacturers reducing the salt levels in their sauces – it can be done.”

“The great news is this report shows you can easily find reduced salt soy sauces at your local supermarket and most people can’t taste the difference between the lower and higher salt versions,” Ms Rechter said.

“Look for sauces with a reduced salt label, check the nutrition panel at the back or scan the sauce with the FoodSwitch app when you’re doing your shopping to find the best option for you and your family.

“Tamari and oyster sauces tend to have less salt so try them next time you fire up your wok and make sure to include lots of fresh veggies for a healthy and colourful dish.”

Why not join our Unpack your Lunch 10-day Salt Challenge to take the first step towards reducing salt in your lunch. Sign up today at unpackthesalt.com.au You can also find great stir-fry recipes here.

The website was launched by VicHealth and the Heart Foundation to raise awareness about the high levels of salt in processed and packaged foods and provide practical tips to reduce salt intake. 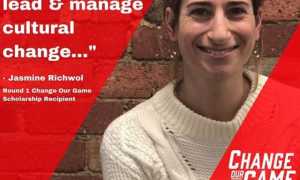 Round two of the Change Our Game scholarships are now open. 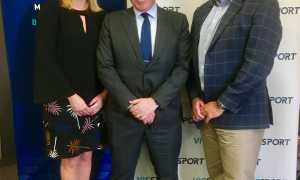 At Vicsport’s 36th Annual General Meeting on 20th November 2018, Chairman Ron Gauci announced the election of Simon Brookhouse and Tanya Gallina as non-executive directors to the Board of Vicsport.