The Victorian Sport Awards is the night of nights for the Victorian sporting community; celebrating participants, coaches, organisers and the volunteers behind the scenes from all levels of sport in Victoria.

Each year the Victorian Sport Awards honours those who have made an outstanding contribution to sport in Victoria as individual or team athletes, coaches, administrators and volunteers from both metropolitan and regional areas in Victoria.

Entrants in the Awards are nominated by state sporting associations, regional sport assemblies, teammates, club members, coaches or their local community in recognition of their outstanding contribution to sport and active recreation.

This year Vicsport is pleased to announce the inaugural Peter Norman Inclusion Award, specially developed with Nova Peris OLY OAM, to recognise clubs and sporting organisations that are inclusive.

Here is a link to a short film titled I’ll Stand With You which highlights Peter Norman’s stance and why it’s important to celebrate inclusiveness in sport:

The Victorian Sport Awards is a highlight event on the Victorian sporting calendar and Vicsport is pleased to celebrate the wonderful achievements of our home-grown sporting heroes, from community and grassroots to the elite level.

“Once again, the calibre of candidates and subsequently the finalists chosen are an indication of the health of our industry in Victoria and makes the process of judging winners more challenging and interesting. We look forward to rewarding the success of our finalists at the 2018 Victorian Sport Awards”.

Each year the Victorian Sport Awards receives hundreds of nominations which recognise and celebrate the exceptional members of the Victorian sporting community; the individuals and team athletes, coaches, administrators and volunteers from both metropolitan and regional areas in Victoria.

The quality and breadth of the nominations received makes selecting the finalists a difficult endeavour, which is why the 2018 Victorian Sport Awards invites 32 highly qualified Victorian sports people to constitute the judging panels charged with picking the finalists across the 20 categories.

The Victorian Sport Awards are presented by the State Government of Victoria and Vicsport.

Held at Marvel Stadium, the Victorian Sport Awards will be attended by all entrants, nominees, family, friends, sporting organisations and clubs to celebrate the successes of community sport in Victoria.

The Awards are a night that recognises and celebrates the achievements of our home-grown sporting heroes and legends and all those who helped them get there.

Finalists in all categories of the 2018 Victorian Sport Awards are as follows; for detailed bios on each finalist, click HERE.

Victorian Community Official of the Year

Victorian Young Team of the Year

Victorian Young Athlete of the Year

Victorian Outdoor/Active and Recreation Initiative of the Year

My Sport Live Victorian Community Sporting Event of the Year 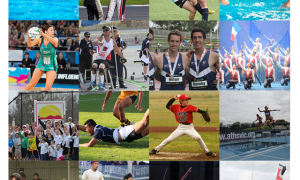 In 2014 the Labor Government made an election commitment to cap council rates at the rate of inflation, keeping them in check with the cost of living 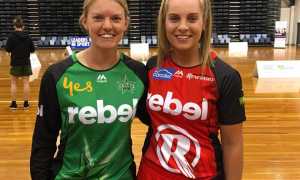 The push to encourage more Victorian women and girls active through sport and recreation received a massive boost yesterday with VicHealth announcing $6.7 million in funding over the next three years.

The Australian Dancing Society has opened it's arms to a new dance category "Para-dance" at their national 73rd Australian DanceSport Championships at Hisense Arena on the 7th – 9th December 2018.