Waking up to the news on Friday morning of a mega-deal worth approximately $500 million between the Daniel Andrews Labor Government and the AFL is creating a buzz around town.

The big-ticket items under the deal are:

Moorabbin Oval, home of the Southern Metro Junior Football League (SMJFL), also proving to be big winners under the new deal with the Andrews Government funding stage 2 of the Moorabbin Reserve. This will create more seats for spectators, female facilities upgrade, an indoor netball court and a hydrotherapy pool for local residents.

Over in the West, the Western Region Football League (WRFL) hosts 33 clubs in their home and away season, also reaping the benefits of the million-dollar handout, with senior division 1 finals played at Whitten Oval.

The agreement between the Labor government and the AFL is part of a broader sports package of $242 million to improve grounds and facilities for women, creating more gender equitable environments (ie female change rooms and improvement of gym facilities).

At Vicsport, we’re always flying the flag to find ways to improve sporting grounds for community sport and under the new agreement, the government will also open up a $100 Community Sports Infrastructure Loans Scheme. This means local sporting clubs across regional and metro Victoria will be able to apply for lower interest rate loans to upgrade and refurbish facilities.

The infrastructure loan has come at the right time as many of the sporting ovals and pitches are at capacity throughout many parts of the state, some in a state of disrepair. This loan will give clubs to improve their facilities, increase participation and grow their sport.

Ongoing investment in community facilities is essential for the growth of participation in sport. This announcement means that Victorians, as the obsessed sporting state, maintain our reputation as the ‘sporting capital of the world’. 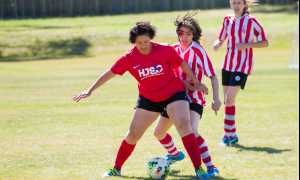 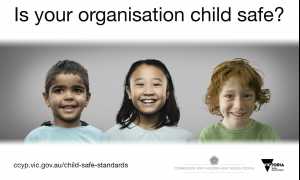 As of 1 January, 2017 sporting and recreation clubs operating in Victoria and providing services or facilities specifically for children are required to meet Child Safe Standards. Child Safe Standards are designed to drive cultural change and embed a focus on child safety by placing children’s rights at the forefront of the organisation’s mind. 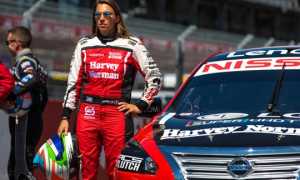 The Confederation of Australian Motor Sport (CAMS) has announced four women to be the first ambassadors of an exciting new campaign "Dare To Be Different" (D2BD) aimed at increasing women’s participation in motor sport at all levels.