The Hon John Eren MP, Minister for Sport said "a big thanks to all our grassroots clubs, associations and volunteers who work tirelessly behind the scenes. You're what makes community sport so great."


Held at the Melbourne Convention Centre, the Awards were attended by over 500 attendees. These attendees were witness to an spectacular lineup of finalists including World Champions, Olympians, AFL legends and more.

Chairman of Vicsport, the peak sporting body in Victoria, Margot Foster AM, said "the Finalists involved in the Victorian Sport Awards showcased the outstanding sporting talent and deep community involvement in sport across Victoria making the sector a substantial contributor to the quality of life for millions of Victorian families."


Our 2016 Victorian Sport Award recipients are listed below. Please click on the links for more details about their achievements including photos and video footage from the evening.

Kim Brennan AM helped bring women's rowing to the forefront when she won the gold medal at the Rio 2016 Olympic Games in the Single Scull and has previously won the Victorian Female Athlete of the Year Award in 2012 and 2013.

Emily Beecroft, the youngest S9 female on the Australian 2016 Paralympic team, who swims for the Traralgon Swimming Club and is a member of the Swimming Australia Youth Squad, won medals at both the Victorian Open and Australian Swimming Championships, has been named the 2016 Young Victorian Athlete of the Year.

Luke Beveridge, the Western Bulldogs Premiership Coach was awarded the Victorian Coach of the Year. Football legend Kevin Sheedy AM who played and coached in a combined total of over 1000 games over 47 years from 1967 until 2013 is being recognised with the 2016 State Government of Victoria Outstanding Contribution to Sport Award.

Victorian Community Coach of the Year Hussain Hanif's work with people with intellectual disabilities in Melbourne's western suburbs goes beyond coaching and getting them involved in sport. He's become a mentor and role model to his players.

John Cocks, an 80 year old swimmer who has proved that age is not a barrier to sporting success when he moved into the 80-84 age group by setting in excess of 50 records, to be the current holder of 20 National and 30 Victorian State Records, has been awarded the 2016 Victorian Masters Sport Award.

Neil Dalrymple, CEO of Bowls Australia has been named the Victorian Sport Administrator of the Year. His efforts have helped place bowls at grassroots and elite levels in a position through Neil's vision and drive for the sport across all its departments.

Hary Milas has set an admirable example by combining his officiating skills with a passion for helping those in need. He regularly volunteers his time to support charity and community events including the Homeless World Cup, Victoria Police Soccer Team, Victorian Pride football match and the Reagan Milstein Foundation. Hary has received the 2016 Victorian Community Official of The Year Award.

George Halkias has received the 2016 Victorian Service to Community Sport and Recreation Award for his fifteen years involvement in community sport and recreation bringing sport to many Victorians who otherwise faced huge barriers to participation and challenges to their health and well-being.

Joshua Burt has received the 2016 Victorian Official of the Year Award. Joshua is a much loved and admired member of the hockey community, not just in Victoria but throughout the world. Not content with just coaching, Josh became the Manager of the Australian Men's Hockey Team (The Kookaburras) in 2010, a position he had worked tirelessly to achieve and loved dearly. His game knowledge and respect within the hockey community soon saw him appointed in his first international match (2011 Oceania Cup).

The Lorne Pier to Pub, the largest open water swim in the world organised and run entirely by volunteers from Lorne Surf Life Saving Club has been recognised for the <>2016 Victorian Community Sporting Event of the Year Award.

Will Robertshaw, a nineteen year old senior player with the Ormond Cricket Club and the Ormond Amateur Football Club, is an outstanding young volunteer being a highly regarded as an inspirational coach and mentor for junior cricketers and footballers. Will has received the 2016 Victorian Young Volunteer of the Year Award.

Moreland City Council has won the 2016 Victorian Local Government Initiative Award for its policy to address the inequity in the use of council sporting resources by requesting clubs to be inclusive of women, juniors, and people with a disability and people from culturally diverse communities.

The Mount Martha Life Saving Club Under 15 R&R Team led by Coach Geoff Waters, had a fantastic season winning gold at every Victorian competition they attended. They have won the <>2016 Victorian Young Team of the Year Award.

Hawthorn Cycling Club holds the impressive status of being the fastest growing club in Australia. A major part of this growth has been due to the success of a number of community and member based programs. This has resulted in its number of female members quadrupling over three years, is also being awarded the 2016 Community Sporting Club of the Year. 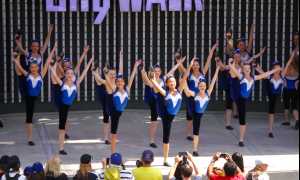 One Month at a Time - September 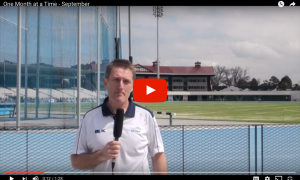 In this edition, Vicsport CEO, Mark McAllion encourages are all sports and administrators working in the sport sector to be loud and proud when promoting the many benefits of sport. Sport benefits the community in so many ways and at times we are understating its worth.

On Wednesday 2 May, 2018 Vicsport in partnership with the State Government of Victoria held an event Strengthening Successful Boards at the Metropole Hotel in Fitzroy, Melbourne