For any teenager, the idea of playing Major League Baseball is merely a fairytale.

However for year 11 McKinnon Secondary College student Jarryd Dale, his fairytale became a reality when he signed a contract earlier this month to play for the San Diego Padres.

It won’t come as a surprise for anyone who's been following Dale's progress at Waverley Baseball Club and the Melbourne Aces that his talents have landed him on the world stage.

"From the age of five Jarryd always had a ball in his hands" Dale's father Phil proudly says.

"His skills and personality have matured over the past few years making him ready to head over the US".

Dale's father Phil, is also an Australian baseball legend who played for the Cincinnati Reds and the apple certainly doesn’t fall far from the tree in this case. Dale's older brother Ryan is signed with Kansas City Royals and younger brother Tyler, is a rising star and one to watch at Waverley.

Dale's signing puts him on a path to realising his childhood dream of making it all the way to the Major League after fellow Waverley alumnus James Beresford was called to the Minnesota Twins in September of last year, becoming only the 33rd Australian to reach baseball's biggest stage.

Dale got the call from the San Diego Padres late on Sunday night July 2nd..

“I’m pretty excited” said Jarryd on the night of signing the contract.

Dale was a top pick for the San Diego Padres as they fought off fifteen other Major League Clubs in a bid to secure the highly talented short stop. Dale was among the top seventy international youths to be drafted into the MBL selected from the Dominican Republic, Mexico and Venezuela.

Dale's family have been pillars of support throughout his baseball journey.

“Ingrid will go over at the beginning of the season to support Jarryd because every boy needs their mum" laughs Phil.

Dale's parents will keep a close eye on their son from home by streaming Jarryd's matches live online.

Dale is currently in the States next to train at the Padres’ spring training complex in Arizona as an introduction to what lies ahead.

Dale will begin his professional career in the Padres’ minor leagues next year. 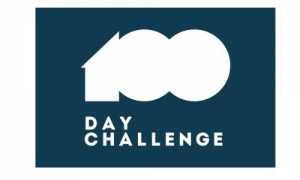 Vicsport is proud to partner with the Victorian Responsible Gambling Foundation to present the 'Love the Game” message to sporting clubs and as a sponsor of the Love the Games Victorian Community Sporting Club of the Year award at this year’s Victorian Sport Awards. 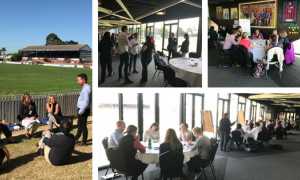 Vicsport is pleased to announce a new partnership with SportsLink Travel - leading provider of international tours and sporting events around the world.