The Victorian Country Tennis Association (VCTA) Country Week is one of community sport’s hidden treasures. It is the biggest community tennis event in the southern hemisphere. Held annually in February in country Victoria, the tennis tournament attracts over 1500 players to a regional location each year. This year the event was held in Yarrawonga at the Yarrawonga Lawn Tennis Club and nearby Victoria Park. To understand the gravity of the event, imagine 102 lawn courts, both permanent and converted football/cricket/soccer ovals covered in 1500 players of all ages from 200 teams.

Country Week is an institution. There are 24 grades to cater to all skill types and strengths. Teams are male or female and the social aspect is just as important as the tennis. Some may take it very seriously, some may pick up a tennis racquet for the only time of the year. Whatever your ability, there is a grade to cater for you.

The Victorian Country Tennis Association (VCTA) has managed the event. Patricia Gilchrist and Carol Pearce, have held the reins for 27 years and at the conclusion of the 2017 hung up the microphone. The contribution made by these two stalwarts of Victorian country tennis is impressive. In 2015, Tennis Victoria honoured them both with the Victorian Spirit of Tennis award. The highest honour award that can be given, and the first time dual recipients have been recognised. While under the management of the VCTA, Country Week has been run by an administration and tournament office of five. When court overflow means that multiple venues need to be used, as is often the case at most locations excluding Swan Hill, this means there needs to be two tournament offices, two canteens, two first aids rooms - and the list goes on.

The other very important factor of Country Week is the involvement and work contributed by the host club and local government. The volunteer workforce is crucial to the success of the event and the players are tremendously grateful for it. From canteen and bar operations, BBQ, coffee stalls, night social schedule, court preparation and welcome packs, the club has a big role to play in the success of the tournament. It is also integral that the host club has the support of their local government. Estimates suggest that the local economy is positively impacted by $2-3million due to the tourism benefits of those travelling to the region. Even local players often book accommodation to ensure they have the full Country Week experience as they would if they were away.

The next three years of the Country Week schedule have been set with the 2018 event heading to Swan Hill, 2019 will be in Shepparton and 2020 will return to Wodonga.

At the 2016 event in Yarrawonga Tennis Victoria asked players what Country Week means to them, and why they keep coming back. You can watch what they had to say below:


See photos from the event here 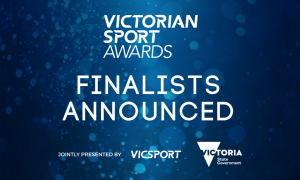 2016 Sports Analytics Conference Round Up 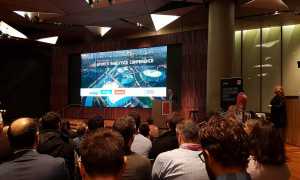 The 2016 Asia-Pacific Sports Analytics Conference was a great success, which saw 750+ attendees and 70 speakers, a remarkable increase on last year's 200-person inaugural event. 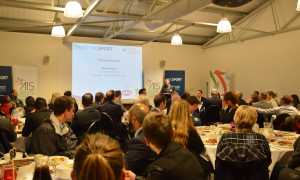