Gender disparity in Australian workplaces, such as the disparity between men and women in leadership roles, perpetuates existing stereotypes about the role of women, both at work and in society in general. [1],[2] It also plays a part in exacerbating issues such as gender pay inequity[3],[4]  and based on the figures above, you could argue that the gender pay gap within sport is between 20-22% (In November 2012, the National gender pay gap stood at 17.6%[5]).

Consider this research in the context of sport. On the 1st May this year, the 2013 Sportspeople Workplace Survey results were released. This survey has been undertaken in various forms since 2003, providing valuable insight into the broader sport, fitness and aquatic sector in Australia. Results from this year’s survey highlight the following:

Equally, Vicsport’s analysis has indicated that only 29% of executive officers in member State Sport Associations (SSAs) and Regional Sports Assemblies (RSAs) are women.

So what does all this mean and what is the link to gender diversity on boards?

Gender diversity on boards has been shown to lead to greater corporate transparency and improved ethical orientation[7]. Similarly, the presence of more women working in an area, particularly leadership roles, can counter the imbalance of power between men and women.[8] This is something we see SSAs addressing through specially designed programs such as the Vicsport Good Governance Project[9] and ‘Fair Game, Respect Matters’[10] (AFL Victoria) to Club led initiatives where men are rostered on to traditionally female roles such as canteen duty for the day.

Sport is used as a setting in which to address social issues that underpin our culture such as gender power imbalance, prevention of violence against women, homophobia (Fair go, Sport[11])and racism (Racism, It Stops With Me[12]) to name a few.  However, it is just as important for SSAs to focus on the board of their organisation as it is to focus on the grass roots of their sport.

Through a diverse board, organisations will not only benefit from improved performance but contribute to broader social outcomes by breaking down cultural norms and challenging gender stereotypes.  In future years, this may mean issues such as the disparity in pay as reported in the Sportspeople Workplace Survey is significantly less or better yet, non-existent.

[12] Racism, It Stops With Me http://itstopswithme.humanrights.gov.au/

Mirror, mirror on the wall, is my business the most beautiful of all? 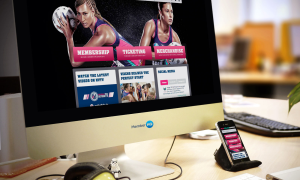 Matt Arthur CEO, Surface Digital When it comes to growing your membership base, you have to be a bit like the wicked Queen in Sleeping Beauty 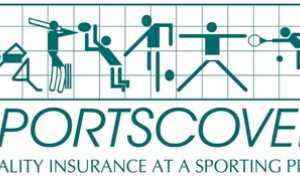 Sportscover are pleased to announce the recipients of the 2014/2015 Sportscover Sponsorship Fund (SSF) are: Yarra Pistol Club, Lysterfield, Australia 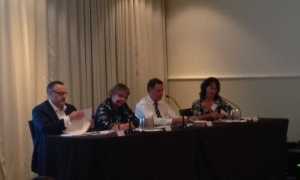