Sports Clubs and Organisations Can Battle Violence Against Women

But violence against women is not inevitable – it is preventable.

VicHealth CEO Jerril Rechter said we can stop violence from happening in the first place.

“Violence against women takes many forms. It is more than slapping, punching and sexual violence – it can be a flippant remark among friends, a sexist joke in the workplace or controlling a partner’s finances. It impacts a woman’s physical and mental health.

“A huge number of sports clubs and associations are taking this issue seriously. They are sending a clear message to their players, members and families that violence against women is never acceptable - not on the field, not in the locker room, not at game day and not at club nights. However research tells us that this will not be enough to end violence. If we want to stop violence before it starts, if we really want to change the attitudes that lead to violence, we need to start talking about the root causes.” Ms Rechter said.

In a recent VicHealth survey, one in three Victorians had witnessed sexism in their sports club, workplace or among family and friends – including sexist attitudes, jokes and discrimination towards women. But less than half of those people had said or done anything about it at the time.

In the same survey, almost 98% of Victorians said they expected their local sports clubs to provide an environment that makes girls and women feel welcome.  And almost nine in 10 (86%) think local sports clubs should play a leadership role in the community by promoting respectful relationships between men and women.

“VicHealth has recently released a new, user-friendly toolkit for sports called ‘Stepping In’. It’s a practical how-to guide for sports clubs and associations that want to take violence against women seriously and want to encourage their members to do the same. We have also been working with experts in the sports sector to build more welcoming and inclusive environments for girls and women.”

In the ‘Everyone Wins’ program, which is currently available through Monash Council and Maribyrnong Council, clubs learn how to bring more women and girls into the game – as players, spectators and supporters. VicHealth is also looking at new ways to increase female participation across a whole range of sports and recreation programs.

“What do these programs have in common? They make it easy for men to stand up and make a difference. Men can be part of the solution by challenging attitudes and everyday sexism and stereotypes which enable violence against women to continue.

“You don’t have to be a hero and you don’t have to stand out from the crowd. But if you think things can be improved in your club and you’re ready to get started, there’s never been a better time to stand up,” Ms Rechter added.

For more information about VicHealth’s ‘Stepping In’ program, visit https://www.vichealth.vic.gov.au/search/bystander-action-toolkit 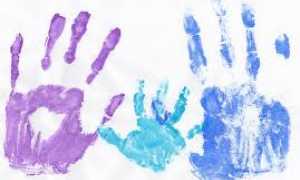 Do you know what it feels like to walk on the moon? Chances are, no, as few people have ever had that opportunity

Better safety without the paperwork for AFL Goldfields 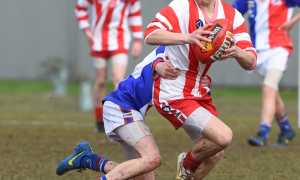 How can an insurance broker help you?

You use an accountant to give you tax advice