The Victorian Equal Opportunity and Human Rights Commission has launched a groundbreaking guideline designed to promote the participation of transgender people in sport.

The 40-page guideline is believed to be the most comprehensive document ever produced in Australia detailing how anti-discrimination law applies to transgender people in sport.

Developed in consultation with major sporting organisations and community members, it spells out obligations under the Equal Opportunity Act regarding discrimination against transgender people in sport, while giving practical advice for sports clubs.

It is against the law for sports clubs to discriminate against a person based on their gender identity, except in limited circumstances where exceptions can apply.

''The reality is, transgender people, like everyone else, compete in sports and mostly they are welcomed,'' Commissioner Kate Jenkins said.

''The guideline aims to reinforce that supportive environment,'' she said. ''At the same time, some sports organisations are confused about their legal obligations and a lack of understanding about transgender people can lead to discrimination, bullying and exclusion. Where there's confusion or discrimination, this publication provides practical guidance and support.''

Money and Community Attitudes Can Increase Participation of Women in Sport

The Chairman of Victoria’s peak sports body, Vicsport, today said changes in community attitudes and increased funding at the community sport level are needed to increase the participation and recognition of women in sport at all levels.

A complete approach to safeguarding the integrity of sport 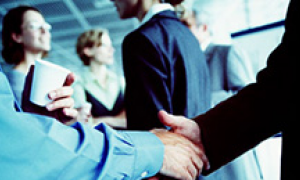 By Paul Oliver In a fast changing, ever-evolving Australian sporting environment which is being impacted by online and technological progress, globalization of competitions and massive incentives to perform, sport is being bombarded by unprecedented challenges from many directions