2020 has been a memorable year for several reasons but for the Victorian Weightlifting Association (VWA), this year has been special with the organisation celebrating 100 years since their foundation.

Originally named the Australian Weight-Lifters’ Association when founded in 1920, the VWA’s initial goals were outlined as: to further the interests of weightlifting as a sport while governing and controlling professional and amateur weightlifting, maintaining the verification of records and meritorious feats, establishing a uniform standard of lifting and recording, obtaining recognition of the association by the public and press as well as promoting physical culture in general with a focus on weightlifting.

“Around the turn of the 20th century, acts of strength were popular in Europe and this popularity was transported, albeit to a lesser extent, to Australia,” said Robert Kabbas, 1984 Olympic weightlifting silver medalist and former Australian Weightlifting Federation CEO.

“This popularity was focused mainly on “strongman” shows and exhibitions so a group of dedicated weightlifters felt the need to make a distinction between those shows and the sport of weightlifting as it was performed at Olympic Games. This led the sport to eventually become known as ‘Olympic Weightlifting’.” 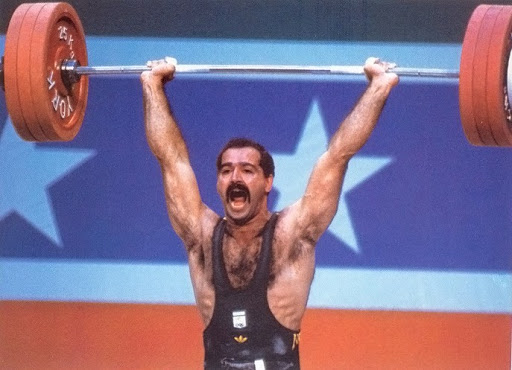 In the early days, the Trojan Barbell Club in Collingwood was the only weightlifting club in the state and it also served as the association’s headquarters. Most competitions were held at the venue except for state competitions which were hosted in town halls alongside bodybuilding events.

“During the 1920s, different types of lifts were performed in competition or with the purpose of setting records such as using left or right hands or both,” said Kabbas. “These styles have since been reduced to the two currently practised lifts – the Snatch and the Clean & Jerk.

“There used to be a distinction between professionals and amateurs for championships and records but eventually, the standard of the ‘amateurs’ exceeded that of the professionals and the VWA became a purely amateur organisation, eventually renamed the Victorian Amateur Weight Lifting Association.”

Joining the Trojan Barbell Club, the establishment of the Hawthorn Weightlifting Club in 1958 was the catalyst for the development of other clubs as the sport’s popularity began to rise following the 1956 Olympic Games in Melbourne.

“Traditionally, there has been a spike in weightlifting’s popularity after major Games and this was certainly true in 1956. Many new clubs were established which attracted new members, some of which are still active in the sport today."

One such person is Paul Coffa; an original member of the Hawthorn Weightlifting Club and world-renowned coach, whose drive, passion for the sport and ability to generate sponsorship saw a significant increase in weightlifting’s popularity and participation. 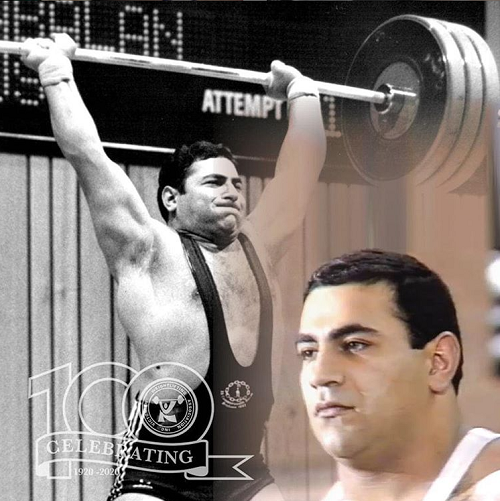 As a stronghold of Australian weightlifting, Victoria has hosted a number of major events over the past 100 years including several Australian Championships as well as Olympic and Commonwealth Games trials.

From the early 1960’s until 1997, the Moomba Invitational event attracted top Australian and international competitors and Melbourne also hosted the inaugural Oceania Weightlifting Championships in 1980.

“Obviously the 1956 Olympic Games and 2006 Commonwealth Games have been major highlights for the VWA,” said VWA President, Seen Lee.

“A major development in the sport came in 1987 when women were officially recognised with the first Women’s World Championships and in 1993, the World Weightlifting Championships for men and women were conducted at the Royal Exhibition Building in Melbourne – the same location where the 1956 Olympic Games weightlifting took place.

“An infamous moment in our history came in 1986 at the Weightlifting World Cup in Melbourne where one of the greatest weightlifters of all time, Naim Süleymanoğlu (known then as Naum Shalamanov), escaped his Bulgarian handlers and hid for days with the help of the local Turkish community before defecting to Turkey through the Canberra embassy.” 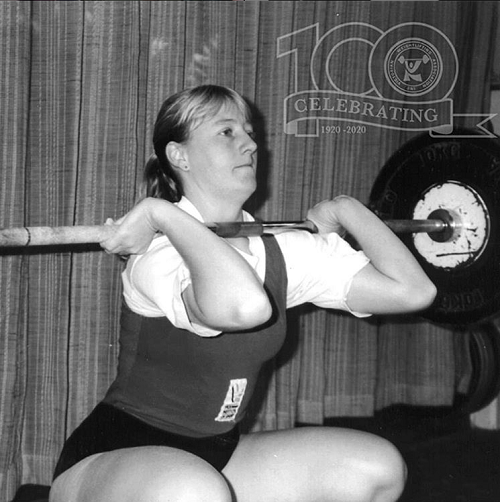 To celebrate their centenary, VWA have been looking back at the history of the association while encouraging members to send through their personal stories, photos and memorable moments which have then been shared on VWA’s social media channels. The arrival of COVID-19 has meant there has been a distinct lack of action on the platform in 2020 but the pandemic has allowed the VWA a chance to reflect and indulge in the nostalgia of their anniversary.

“It's always great to look back on those who have come before us, and it's nice to reflect on individual achievements and learn about the personalities behind the performances,” said Lee.

“While it's important to look forward, it has been nice to shift the focus away from COVID-19 and present some positive stories from our past without taking the limelight away from our current athletes. Hopefully we have been able to provide motivation for our current members during these difficult times and inspire them to set new goals for the future.”

With Victoria’s COVID case numbers improving towards the end of the year, VWA are optimistic the sport can return in a COVID-normal world as they head into the association’s second century.

“The nature of weightlifting as a non-contact sport is well suited to social distancing which should allow for a relatively smooth return to play,” said Lee. “We are also aiming to continue to embrace technological advancements to increase access to Victorian events for a broader audience.

“We hope that our continued success will provide the basis of the festivities in another 100 years’ time and that future members will celebrate the resilience and adaptability of weightlifting in Victoria.”