Designed to engage people with disabilities into learning about sport, recreation and health, TotALLy Active concluded its initial two-month run with over 40 participants taking part.

“We had an exercise physiologist talk about how exercise contributes to good health, a nutritionist talk about healthy eating while Disability Sport & Recreation, AAA Play and Special Olympics Australia representatives spoke to the participants about further sporting opportunities from local to international level.”

Wheadon took inspiration for the program from Fit N Fun, an all-abilities event held on the Mornington Peninsula.

That gave her a model to look at when designing TotALLy Active but it was Wheadon’s attendance at Vicsport’s Sport Jam in March this year that truly got the ball rolling.

A two-day design thinking workshop, the Sport Jam is based around innovative thinking within a fun environment. Run with the support of VicHealth, attendees at the Sport Jam work in teams to develop innovative solutions to meet the needs of their most valued stakeholders.

At the Sport Jam, Wheadon reconnected with Special Olympics Australia Sport Development & Partnerships Manager Simon Rodder, as well as some other colleagues within the industry.

“We started talking about collaborating on this project but the idea was in its infancy and we did not know what the outcomes would be,” said Wheadon.

“The Sport Jam was a significant networking opportunity though and if I had not attended, TotALLy Active could have looked very different.” Aside from networking, the Sport Jam also enabled Wheadon to flesh out her concept and to realise the focus needed to be on the user.

“Going through the process of the Sport Jam enabled me to realise that the user is the most important person. We wanted to create something not just what we thought was a good model but something the user wanted.

“At the Sport Jam, we had a brainstorm on who our target audience was and utliised empathy mapping to determine the opportunities currently available for the user, what the industry provides them and what opportunities they have to engage – all of which helped enormously to put ourselves in the user’s shoes.”

From there, Wheadon identified disability service providers who would be able to direct her to their key user group but with the program still at a concept stage, she found it a difficult proposal.

“I was fearful because I was trying to sell something I didn’t actually have and I needed those service providers on board to create the program.

“So it was a bit like working backwards but everyone was very receptive to the idea and I did not have any naysayers.

“We were able to question the disability service providers on whether they thought the program was needed, whether their participants would engage, how long the sessions should go for, what time of day would best suit the participants etc.”

Once TotALLy Active had their participants, they were able to go directly to the user and they continued to refine the program based on their feedback. One result saw them move away from the traditional sports model as users consistently outlined their desire for dance to be included as a regular activity.

With Wheadon now moving on to other projects, the challenge for TotALLy Active is to continue to grow.

“We have had a lot of positive feedback from participants. I had a group from Melbourne who came down to Geelong after the program finished just to say hello, I have received thankyou cards from participants and emails from parents and that makes me feel like we really hit the nail on the head.

“We would have loved our initial eight-week run to go longer. However, Eagle Stadium in Werribee is now looking at connecting with disability service providers to use a similar model based on reflecting what their users wants and hopefully Leisure Networks can do the same.”

For others looking to create programs in their community like TotALLy Active, Wheadon’s advice is simple.

“Even if you don’t know exactly what you are designing at the start, go forth with it and talk to your target audience.

“That’s the whole point and what I learned at the Sport Jam – you cannot design it just based on what you believe is right. The user has to be at the centre of it all.”

One Month at a Time - January 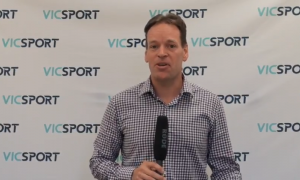 In this edition, new Vicsport CEO, Steven Potts introduces himself to the Sportsview readers in addition to encouraging everyone to nominate for the Victorian Sport Awards. 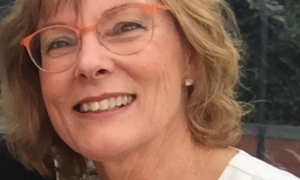 One of Australia’s preeminent figures behind the scenes of Victorian sport, Noeleen Dix’s decision to call time on her 30+ year career across Netball Victoria, Netball Australia and Masters Swimming Australia has coincided with a Member of the Order of Australia (AM) honour. 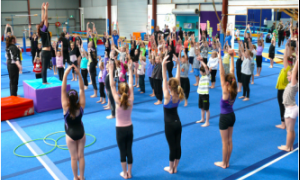 Gymnastics Victoria CEO, Jamie Parsons, outlined his organisation’s approach to the development and implementation of improved child safe standards in line with new Standards developed by the State Government of Victoria