The 2015-16 Victorian Budget provides $226 million to support the community sports clubs and upgrade stadiums and venues across the state so they can host more events and hold more spectators.

The Budget provides $10 million to build and upgrade women’s change rooms at grounds and sports centres across the state, because every player deserves equal facilities. Even though women are joining community sports clubs in record figures, women’s change rooms are too often rundown or non-existent.

$2.7 million is being invested in making 1000 life-saving defibrillators available to sports clubs across the state, so spectators and players can step in until paramedics arrive.

The Budget provides $70 million to upgrade Geelong’s Simonds Stadium, building a new grandstand, improving facilities for spectators and increasing the ground’s capacity to 36,000. The new facilities at Australia’s most iconic regional stadium will include a rehabilitation centre to help people with a disability return to work.

The Budget also provides $31.5 million to upgrade Eureka Stadium so it can host AFL games and $25 million to develop the State Cricket Centre at the historic Junction Oval in St Kilda – creating the new home of Victorian cricket and freeing up the MCG for the start of the AFL season. $150,000 will be provided for the St Kilda Football Club to undertake planning works so the Saints can move back to their spiritual home at Moorabbin.

The Budget provides $14 million for The Active Communities Participation package to encourage more people to get outdoors, take up a sport and maintain a healthy lifestyle. This package also supports high performance athlete development and helps people living with a disability to participate in community sports.

Anyone for world-first croquet? 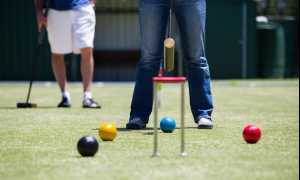 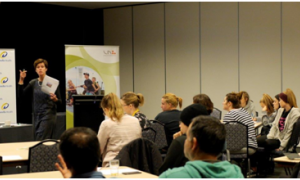 As Vicsport’s preferred provider of club volunteer training, Leisure Networks has facilitated over 40 club development workshops in the past 12 months across Melbourne and Geelong for 8 different local government authorities and 5 state sporting organisations

CASE STUDY: ARE YOU ON BOARD? CAMPAIGN 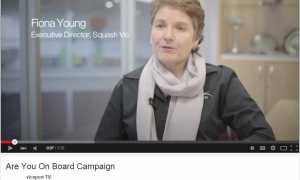 In 2014 Vicsport released the “Are You On Board?” Campaign promoting the importance and benefits of diversity on Boards to Victorian State Sport Associations