Congratulations to the individuals, organisations and initiatives below for being awarded as winners of the 2020 Victorian Sport Awards!

This award recognises a Local Government Authority who has made a significant contribution to sport in 2020 through the development of a participation program or facility. 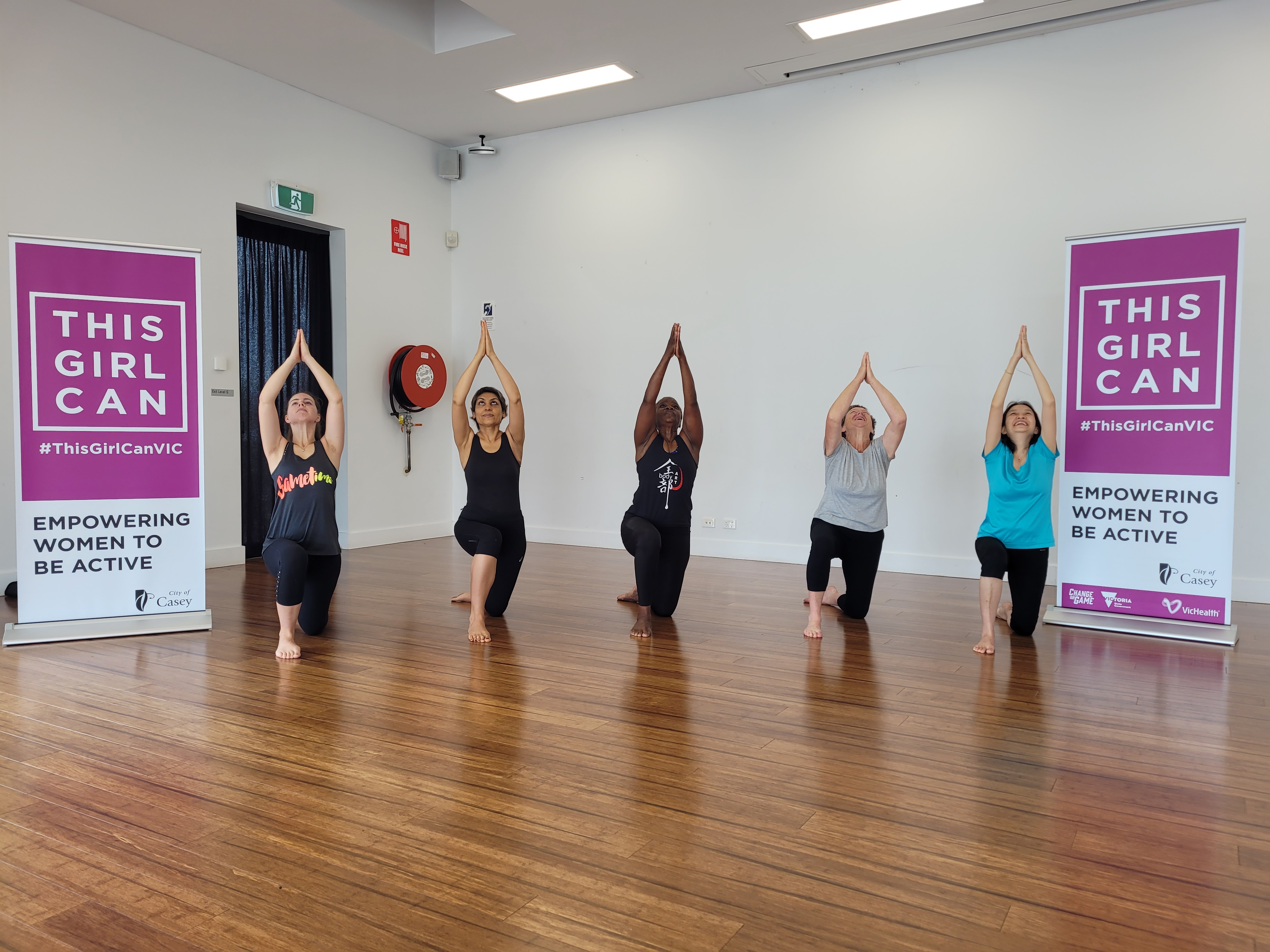 
#CaseyGirlsCan is an ongoing campaign by the City of Casey to encourage women and girls to get involved in sport and physical activity, address barriers to their participation and support the This Girl Can Vic campaign. Utilising Vicsport’s Innovation Lab, Casey Council embarked on a project to empower CALD women to take up leadership roles in locally led, culturally appropriate physical activities for other CALD women, while partnering with a number of organisations to provide online physical activity programs that reached more than 12,000 women. A range of activities are available for free via #CaseyGirlsCan on YouTube and new approaches used in 2020 will now be permanent features of the campaign.

Victorian sports administrators who have demonstrated an outstanding level of achievement during 2020 at the State Sporting Association, Regional Sports Assembly or National Sporting Organisation (Victorian based) level. The recipient’s contribution will have provided benefit to, or had a positive impact upon, an individual sport or the industry as a whole, and their standards of excellence will have distinguished them from peers. 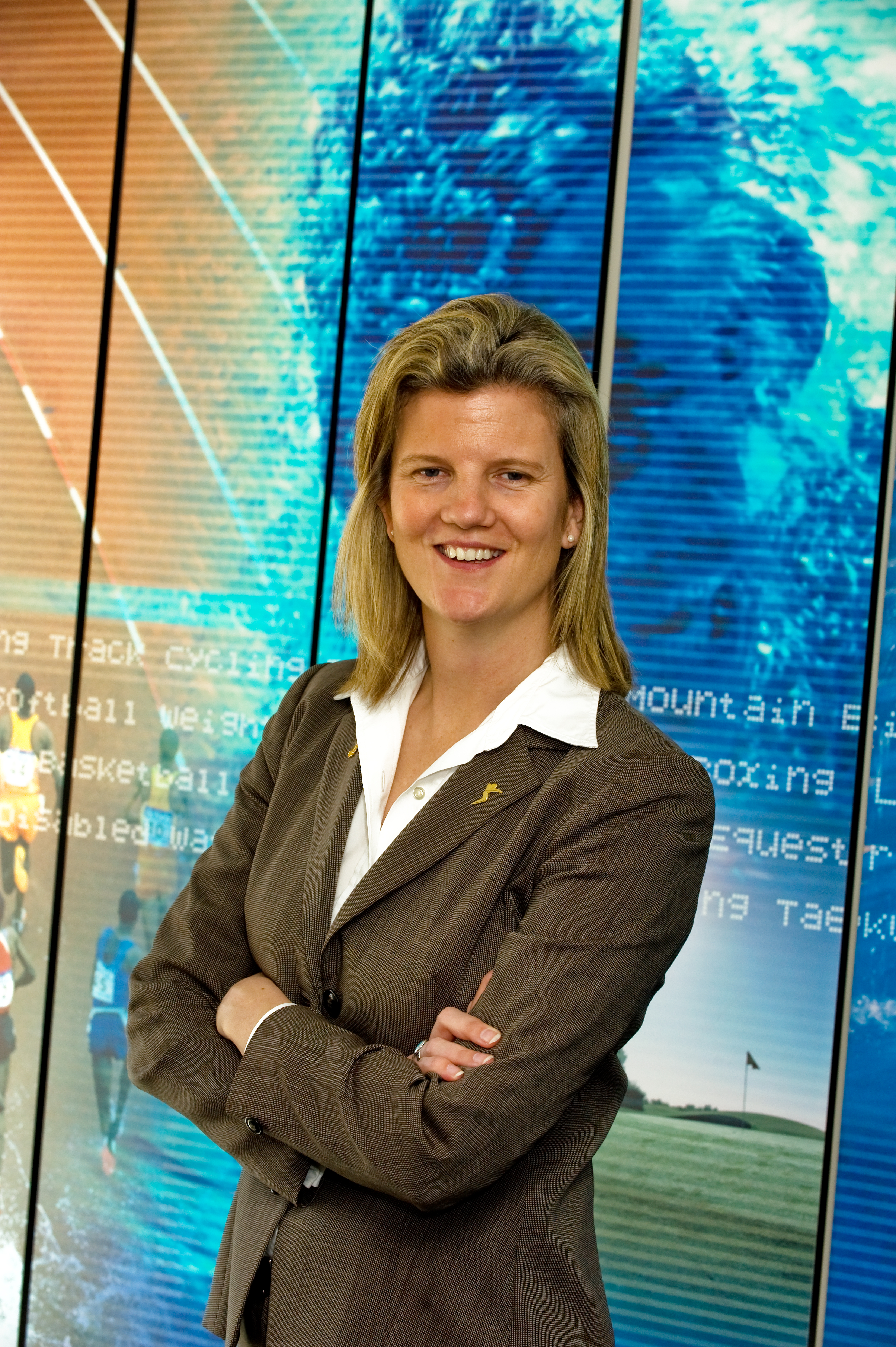 As the CEO of Vicsport, Lisa displayed outstanding leadership to navigate all Victorian sports through imposed restrictions during the COVID-19 pandemic. During weekly Zoom meetings, Lisa helped interpret the rules as they related to the sports industry while also updating and advising on constant changes throughout the year. Beyond those meetings, Lisa provided one-on-one guidance, personally attended to specific enquiries from sports, analysed Return To Play plans, co-hosted COVID-19 information webinars and liaised with government on behalf of sports to provide an approachable, knowledgeable and reassuring presence during an uncertain time. 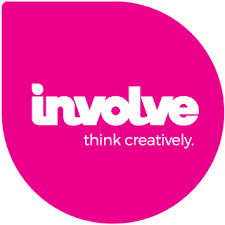 This award recognises the coverage of elite and community sport to the wider public via various online, digital, broadcast and/or print media platforms in 2020. 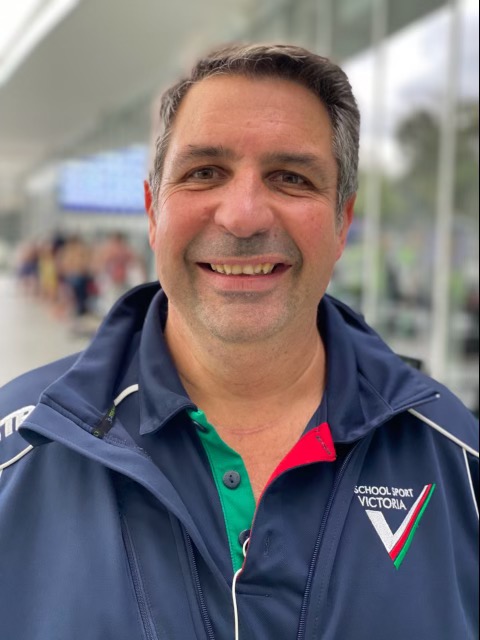 Running the Communications and Marketing for School Sport Victoria (SSV), Raff managed the “Ask SSV Show” in 2020. Spanning 32 weeks, the hour-long shows saw athletes interviewed with students granted the opportunity to ask questions live and directly to their sporting heroes. 221 schools and 277 students participated, thousands more tuned in to watch the show and listen to the podcast while a focus on inclusion allowed students with a disability to take part as well. During the pandemic, Raff also built an online system where students could submit media of their athletic performances with Olympians and elite athletes contacted to promote engagement.

Love the Game Volunteer of the Year

This award recognises a volunteer of the Victorian sport and active recreation community who has made a positive difference to the opportunities and experiences available to others in 2020 and over a long period of time. 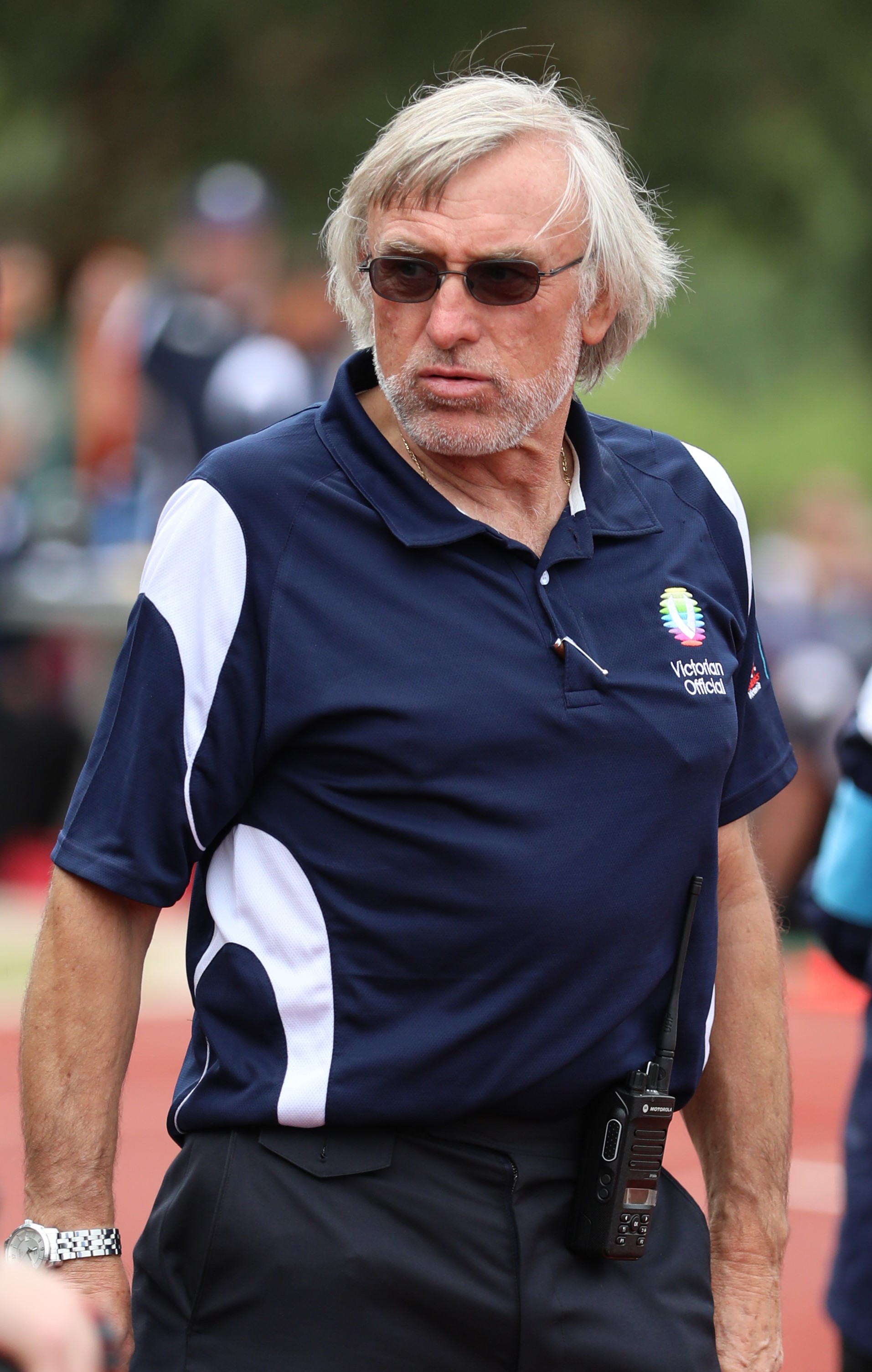 A National Technical Official for 40 years, Richard serves on committees from grassroots to national level. President of the Geelong Athletics Regional Centre from 1998-2017 and 2018-present where he works as an official and coach as well, Richard also serves Athletics Victoria as a member of the Victorian Officials Committee and represents Geelong on the Athletics Victoria Shield League subcommittee. During COVID-19, Richard ensured the Officials Committee stayed connected, facilitated virtual seminars and was a co-presenter of a world-first officials education initiative set up online. Excelling in all aspect of the sport, Richard is a highly valued educator within the athletics community.

The Peter Norman Inclusion Award recognises an individual or organisation that has made a significant contribution to safe, fair and inclusive sport in 2020. 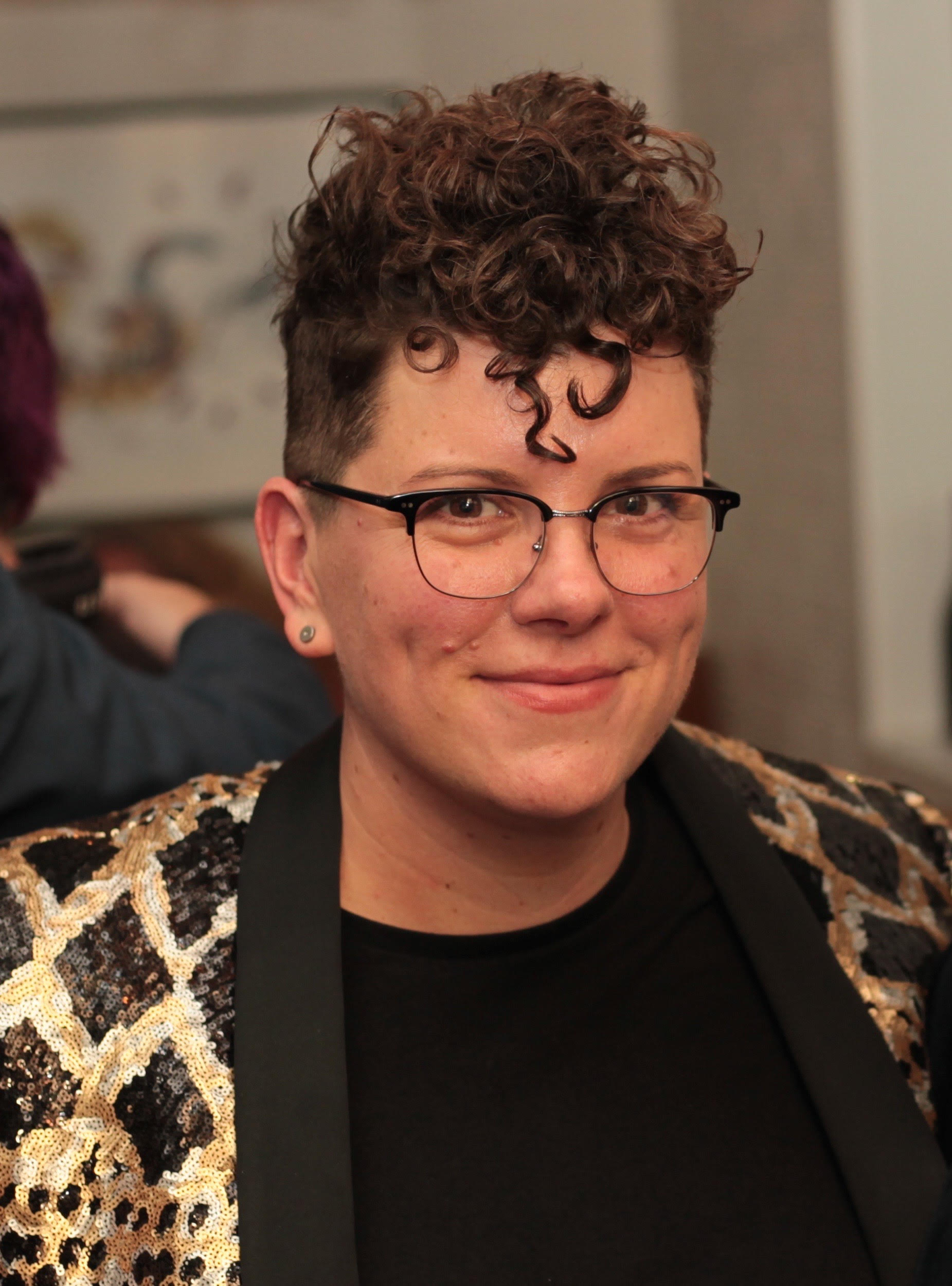 During 2020, Stella led Queer Sporting Alliance (QSA) to become the largest LGBTIQ+ community not-for-profit sports club in Australia. Their Come Out & Play (basketball) and Come Out & Roll (roller skating) programs reengage the LGBTIQ+ community that has become disillusioned with sport while their governance framework has seen them work closely with NSOs and SSAs to help improve their inclusion practices. Removing gendered competition and welcoming gender diverse folk in their Carlton Baths competitions is a national first for mainstream basketball while COVID-19 did not halt QSA’s progress as they signed a number of new teams and held weekly online training sessions.


This award recognises the work of individuals, clubs, teams, groups or organisations (including SSAs) who have succeeded in enabling more people to participate in sport activities during the COVID-19 pandemic. This new award for 2020 highlights the innovative work that sport has promoted to keep people active and connect with members.

With uncertainty surrounding the softball season due to COVID-19, three associations (Northern District, Sunshine and Keilor Park) formed a partnership to develop the North West Travel League. This agreement, that included modified rules to avoid contact as well as shared grounds, players, officials, equipment and resources, ensured members would have a ready competition to play in as soon as lockdown ended. In addition, all three associations halted a decline in memberships and reduced the financial impact by hosting multiple rounds which generated revenue through food and drink sales.


This award recognises the work of individuals, clubs, teams, groups or organisations (including SSAs) who have succeeded in enabling more people to participate in active recreation during 2020 through a single initiative, event or long-term initiative.

FitSkills is a 12-week community-based program addressing the lack of social support and inclusive programs for people with disability aged 13-30. In collaboration with City of Boroondara, Sport and Recreation Victoria, Disability Sport and Recreation, Down Syndrome Victoria, Cerebral Palsy Support Network, Joanne Tubb Foundation and YMCA Victoria, participation was facilitated at 20 community gyms where a young person with disability was matched with a student mentor from the same locality to exercise together. Adaptations to the program enabled 27 young people with more complex disability to also take part. Participants said the program built a sense of belonging in their community, made them feel confident and capable after the sessions and these feelings extended to their home and work activities while also providing the impetus to continue exercising beyond the program. 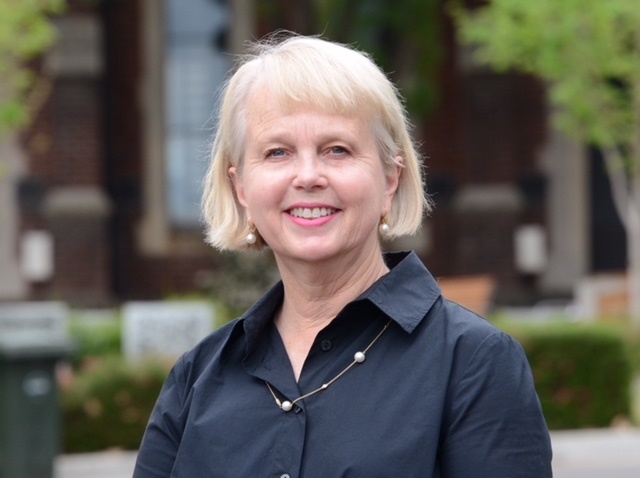 Malcolm has had a long and distinguished career as lawyer, sports administrator and company director and was inducted into the Sport Australia Hall of Fame in 2012 for his tireless work in shaping cricket and basketball as well as his invaluable involvement in various sports including cycling, golf and Australian rules football.

Speed was executive Chairman of Basketball Australia and CEO of the NBL from 1980 to 1997, a period in which the sport emerged as a major force on the court while gaining a national audience and unheralded commercial support off it.

He was then recruited to the CEO role of the Australian Cricket Board from 1997 to 2001 before transitioning into the role of CEO for the International Cricket Council. Speed held that position from 2001 to 2008, during a tumultuous phase of dramatic growth on the sub-continent, a rise in gambling on cricket and allegations of match fixing. In this environment, Speed’s legal training and his reputation for independence and integrity were undoubted assets.

Among his other many achievements are: