A Volunteer's look at COVID-19

Vital to sport and recreation in Victoria, volunteers fill 980,000 positions across 16,000 sporting clubs, helping to facilitate participation of over 3.2 million people. COVID-19 has severely affected this sector but the dedication and passion shown by volunteers like Maree Fellows is indicative of what will be required to help Victoria recover from the pandemic.

A volunteer at Dandenong Ranges Horse and Pony Club and Pony Club Victoria, Maree’s connection to horses traverses three generations. Her earliest childhood memories are of her father offering local children rides around the streets of Box Hill North in his jinker (a cart used to transport logs), pulled by a golden-coloured pony named Charlie.

Years later, Maree’s daughter was gifted her first palomino horse named Star by her grandmother and after she began to learn to ride and compete, Maree and her daughter relocated to a ten-acre property which was only a five-minute walk from the Dandenong Ranges Horse and Pony Club. 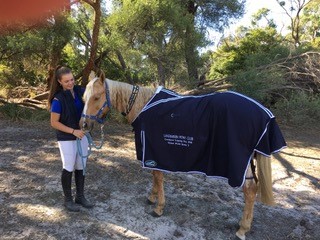 “My daughter is now one of the senior riders in our club, competing at the highest pony club level in eventing and she assists with coaching other riders and teaching lessons at our pony club rally,” Maree said. “I have held various roles on the committee as well so our commitment goes deeper than just a membership to ride.”

Maree’s committee roles include General Committee Member, Assistant District Commissioner, Club Secretary as well as being one of the delegates that represents her club at zone meetings.

“Volunteering is a true way to learn a lot about a sporting organisation,” Maree said. “Over the past few years I have also worked on the organising committee and coordinated the office function for the Annual Horse Trials event in our zone which is separate to club competitions. Volunteers from the 15 clubs within our zone assist at this event - a team of people volunteering their time outside of regular local pony club commitments.

“Like many sporting associations, Dandenong Ranges Horse and Pony Club is dependent on volunteers to carry out the functions of running the club, assisting with fund raising as well as coordinating competitions, clinics and training programs. You do not need to be a rider to enjoy pony club. I have found so much enjoyment in helping others and shaping the way our club will look in the future while also gaining life-long friends.” 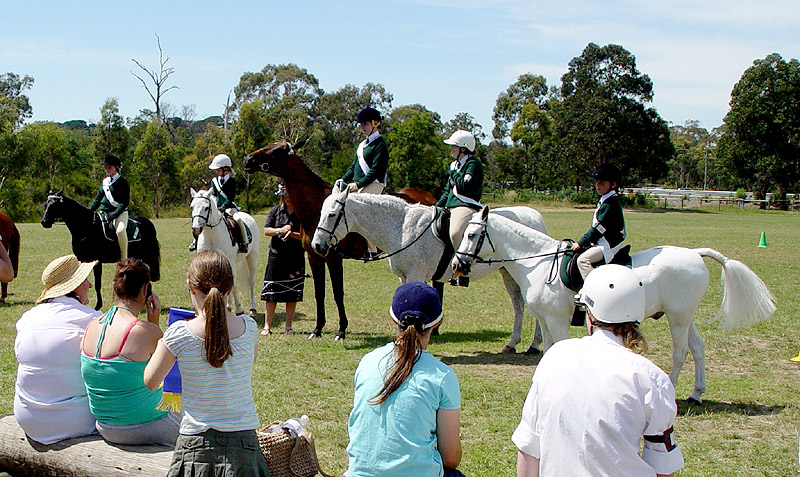 In addition, Maree volunteers as a member of the Governance sub-committee for Pony Club Victoria, utilising her professional background in managing health services in the for-profit sector to review and update the association’s Rules of Incorporation.

“Pony Club Vic recognises that inclusion from all levels including grassroots must be valued. They also see the benefits of translating expertise from its many volunteers. I offer a valuable dimension from governance principles outside sport whilst also having club level knowledge that can contribute to the organisation’s structure in the future.”

Of course, the arrival of COVID-19 has halted Maree’s activities with suspension of competitions, riding group size restrictions, travel restrictions and specific horse-riding restrictions all contributing to the detriment of her club.

“The early stages of COVID-19 affected participation in outdoor sporting activities but our club was able to adapt its systems to enable members to continue to ride and utilise the grounds in smaller numbers. However, further lockdown restrictions closed the grounds fully and that was when the true effects were felt by the entire club; no riding at the grounds, no trail rides, no events or competitions, no coaching and no traveling more than five kilometres which had a particular detrimental effect for those members who do not have riding arenas where they keep their horses.

“Riding out on horse trails, participating at our monthly club rallies, travelling to attend clinics and training as well as competition and events are all included on the pathway to train a performance horse and rider at a senior level and none of that was possible. Both my daughter and I found we really missed the social interaction and connection as well as the routine of training and competing.” 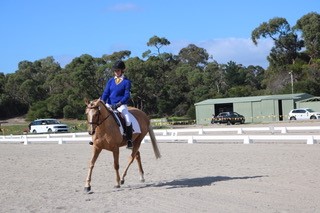 On a happier note, the pandemic has shown the resilience of the sport and recreation industry and technology has enabled Maree and the club to remain in touch.

“My daughter has used the time to complete the theory component for a National Coaching Accreditation Scheme, made available through Pony Club Vic and we have both tapped into the many online educational sessions on offer to riders, parents and supporters. Technology has transformed how the committee communicates and engages with the club and that has also proved vital in staying connected across zone and state level.

“Physical social connection has been substituted by Zoom meetings, Facetime and other digital technologies, and it has transformed how we deliver information to our members. In that way, it has really been a saviour and I think we will have a balance of online and in-person meetings in the future.”

With restrictions beginning to lift across Victoria and the number of daily cases on a decline, Maree is confident the work Pony Club Victoria has put in over the past few months holds them in good stead ‘to get back on the horse.’

“There are still a number of unknowns with this pandemic and as a pony club community we have a responsibility to meet our obligations and comply with guidelines. We may not function quite as we did in the past and we will have to remain vigilant and responsible, but every effort will be put in place to ensure clubs can return to play.”