Please note: This event is by invite only

Stand with Vicsport and promote inclusivity in sport and equality for all.

This Vicsport event will see the launch of the audio-visual film of Vicsport's campaign “I’ll stand with you”.

This campaign is based on the stance of Victorian Athletics and Human Rights Champion, the late Peter Norman OLY.

Peter Norman won an Olympic Silver medal at the 1968 Mexico Olympics in the 200m, and 50 years later in 2018 his Australian and Oceania record still stands. Peter became internationally known for his support for USA Track athletes, John Carlos and Tommie Smith when they made their famous black gloved and raised-fist salute at the 1968 Olympics medal ceremony.

This image of all three men on the podium is globally famous and without a doubt, recognised as one of the 20th century’s most famous and striking sporting images. Melbourne born Australian Olympian, Peter Norman stood alongside in solidarity with Carlos and Smith in support and wore an Olympic Project for Human Rights badge.

The audio-visual film of our campaign I’ll stand with you will:

The aim of this event is for Vicsport to to educate and break down the barriers of racial discrimination among sports fans, players, coaches and the wider sporting community.

This event has been scheduled for 16 October, the very same day this historical event took place 50 years ago. 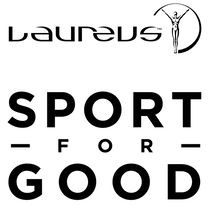 If you have any questions or you would like to be involved in the event, please do not hesitate to contact Vicsport via the details below