Presented by the State Government of Victoria and Vicsport on the evening Wednesday 26 February, 2020 at Marvel Stadium, the Victorian Sport Awards honoured individual and team athletes, coaches, administrators and volunteers from both metropolitan and regional Victoria.

“We’re seeing growing numbers of girls and boys, women and men signing up to play sport at local clubs. Home-grown heroes play a big part in inspiring that growth.”

“Congratulations to all the achievers recognised in the Victorian Sport Awards. The hard work and dedication of athletes, coaches, officials, administrators and volunteers at all levels of sport is truly outstanding.”

“On another spectacular night, the Victorian Sport Awards was a wonderful celebration of the Victorian sporting community. The ability to showcase sport across all levels and see community participants share the stage with home grown sporting heroes makes for a very special occasion.

The quality and breadth of the nominations received makes selecting the finalists a difficult endeavour, which is why the 2019 Victorian Sport Awards invited 39 highly qualified people from the Victorian sports industry to constitute the judging panels charged with picking the finalists across the 18 categories.

The Outstanding Media Coverage of Sport Award is new in 2020. This inaugural Award recognises the coverage of elite and community sport to the wider public via various online, digital, broadcast and/or print media platforms in 2019.

The Victorian Sport Awards were attended by all finalists, family, friends, sporting organisations and clubs to celebrate the successes of elite and community sport in Victoria.

The Awards attracted around 500 attendees including many of Victoria’s premier athletes and grassroots heroes.

Winners in all categories of the 2019 Victorian Sport Awards are as follows:

Gallagher Community Coach of the Year

Vicsport Community Official of the Year

Volunteer of the Year

Love the Game Community Sporting Club of the Year

Sportslink Travel Team of the Year

My Sport Live Community Sporting Event of the Year 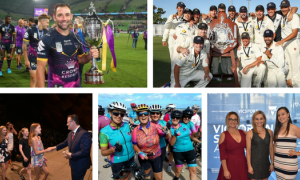 Catch up on all the winners from last night's #VicSportAwards 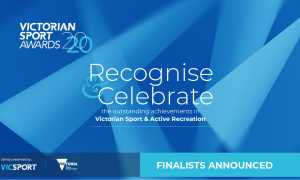 Finalists have been announced for the 2020 Victorian Sport Awards, the night of nights for the Victorian sporting community. This year, we will celebrate participants, organisers, initiatives and the volunteers behind the scenes from all levels of sport in Victoria.

DYLAN VS MACK VS KIM 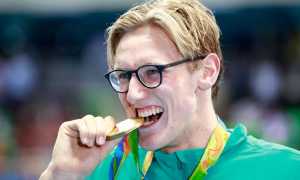 Dylan Alcott OAM (Paralympian Tennis) and Mack Horton (Swimming) and Kim Brennan (Rowing) are just some of the names being put forward for this elusive award to be presented in March 2017.