Nova was the first Aboriginal Australian to win an Olympic Gold Medal with the Australian Women’s Hockey Team in Atlanta in 1996, and later switched sports to athletics to claim gold medals at the 1998 Commonwealth Games in Kuala Lumpur in the 200m sprint and 4 x 100m relay.

In 1997, Nova received the highly acclaimed Young Australian of the Year Award and in 2013, Nova became Australia's first Indigenous woman elected to the Australian Senate.

Nova is a staunch campaigner for Indigenous rights on health, education and reconciliation in Australia, and her pride in her Aboriginal identity is a credit to the success story that Nova Peris has become.

An inspiration to Aboriginal people everywhere, on and off the track and field, Nova works hard to encourage Aboriginals to take pride in who they are and where they come from.

In the past year, Nova has worked with the Department of Health and Human Services to address racism in sport and promote the participation and inclusion of Aboriginal people.

Nova will be working with Vicsport to tackle racism in sport and recreation by setting expectations and delivering innovative education programs to clubs.

“I am thrilled to be part of an innovative and passionate organisation who are the leaders for sport and active recreation and drive positive change for inclusion and participation in Victoria."

“Vicsport are delighted that Nova has joined our organisation to action her work with the government. Nova has such passion in breaking down any barriers that exist in welcoming all people, in particular Aboriginals, into sporting clubs.”

Nova is truly a remarkable Australian with a distinguished career both as an athlete and as an ambassador for Aboriginal sport.

Nova commences her role at Vicsport this week. 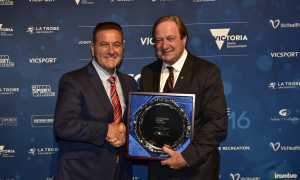 Two Olympic Gold Medallists from the 2016 Rio Olympics, Kim Brennan AM and Mack Horton OAM, have been named the Victorian Female and Male Athletes of the Year for 2016 at the Victorian Sport Awards at the Melbourne Convention Centre.

Sport for All Abilities Breakfast - Wrap 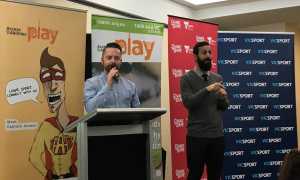 The Sport for All Abilities breakfast was a hit! Read all about it... 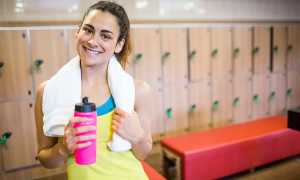 Bayside City Council identified that the lack of existing facilities that support female participation was a significant issue for them. With 27 sporting pavilions, 50 sports clubs, 1300 teams and 20,000 club members, only 80 per cent of Bayside’s pavilions predate 1960 and 96 per cent don’t have appropriate change facilities for women.