The AFL’s inaugural Pride Game may have been new to many people, however, for Jason Ball this is something that he has been campaigning for many years. In 2012, Jason became the code's first openly gay footballer. Since then, he has been at the forefront of the campaign to eliminate homophobia from the AFL amongst other sports and creating an environment where the LGBTI community can feel safe and welcomed whether it be playing or supporting at elite and amateur levels.

For many of the thousands of fans who attended or watched the game on Saturday the 13 August, it was just a regular game. But for the thousands of families and people in the LGBTI community, this game meant so much. For years many supporters and fans of the AFL felt unsafe going to games because they could not comfortably hold their partners hands in public, or the language used by the crowd would be so awful and demeaning. For some it was their first game ever, for others it was their first game in decades. This game provided an atmosphere where people could go to a match and not have to hide who they were. This one game was something much bigger than football, it gave light to an issue that for so long has been hidden from the AFL ranks, it had broken the silence.


Jason, who had the honour of tossing the coin at the start of the game, said the showing of support from the Sydney and St Kilda fans was incredibly powerful, there was a feeling of solidarity. Jason’s proudest moment from the evening was having his team mates from the Yarra Glen Football Club form a guard of honour wearing their pride jumpers.

“It felt like a gigantic leap forward. We had always been chipping away, it had all been baby steps up until this point, when all of a sudden we’re at Etihad Stadium in front of 35,000 people, broadcasted nationally on channel 7”

Although the AFL Pride Game has been a great step in right direction, there is still a long way to go in removing homophobia from the AFL’s culture. Jason would love to see the AFL get to a place where a player identifying as homosexual is not news.

“The pride game is the first essential step towards not actually needing one. But we are a long way from not needing one.”

Although the game was a huge success, there are thousands of fans throughout the country who did not get to experience their team play in a Pride Game.

There is enormous potential for this initiative to grow and involve all 18 teams so that even if it for just that one game, all fans can feel welcome and safe attending games.

These types of initiatives will go along way to creating a culture where every person regardless of age, gender, sexual preferences, relationship status and ethnicity can feel safe and welcomed in all sporting environments.

If you or your sport would like more information on inclusive clubs you can visit Pride in Sport or Stand Up Events. 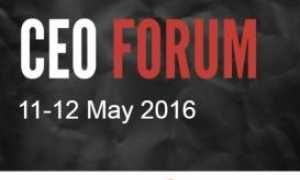 11 and 12 May, 2016 Latrobe City was the host of this year's Vicsport CEO Forum (formerly Retreat) 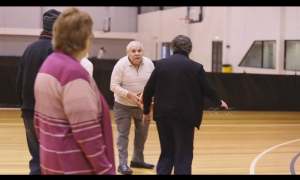