Concussion: The epidemic that could change sport forever

Concussion has become a big issue – perhaps THE big issue in sport. Everyone is talking about it, the media have regular news stories focusing on players suffering with it, and lawyers are making a killing from it. It is almost as though this is a new phenomenon…. some recently discovered major health issue that has only just been announced to the public.

The focus on concussion has largely been driven by the stark realisation that the cost of not doing something is much higher than the cost of trying to reduce the risk. Billion dollar lawsuits tend to have that effect. But the real cost is to those players who suffer the long-term effects of concussion, so it is important we explore ways in which to minimise the risks whilst also making sure that in doing so we do not change the rules of the sport so significantly that it becomes completely anodyne or something entirely different from what it is meant to be.

It is therefore refreshing to hear a good piece of news from the US judiciary for once when a judge dismissed a lawsuit by soccer players and parents seeking to force FIFA and other governing bodies to change the sport’s rules, including limiting the number of headers allowed, in order to reduce the risk of concussions and other head injuries. Chief Judge Phyllis Hamilton of the federal court in Oakland, California, said the plaintiffs could not use the courts to change FIFA's "laws of the game," noting it was their decision to play soccer.

"Plaintiffs have acknowledged that 'injuries' are a 'part of soccer’” Hamilton wrote, citing the complaint. "Those who participate in a sporting activity that poses an inherent risk of injury generally assume the risk that they may be injured while doing so."

Concussion injuries from sport have been around since sport began. Many sports are associated with a high risk of concussion – boxing, rugby, ice hockey, American football…., the list goes on. Pretty much any contact sport, as well as many non-contact sports, such as gymnastics and cheerleading, present a higher risk of concussion.

Medical science may have provided us with better insight into the effects of concussion and the potential long-term health consequences of it, but still the debate continues on the best way to try to minimise the risk.

American football is one sport that has taken a number of steps to try to minimise the risk of concussion in a sport where it is almost regarded as part of the game. A raft of rule changes have been introduced over the past few years. Kick-offs were moved further up the field to reduce the number of high-speed impacts and helmet-first tackles have been banned. More protection has also been given to players unable to protect themselves, such as quarterbacks in the act of throwing.

The chairman of the National Football League's health and safety advisory commission, Dr John York, recently said that he believes American football could ban helmets in the future.

So isn’t suggesting the removal of helmets a backward step in prevention?

It certainly seems to be counter-intuitive, but some experts think helmets give the players a false sense of security and make play more aggressive. The idea of banning helmets has been raised by some doctors and ex-players in recent years without ever really being taken seriously.

It is an idea that has already been introduced in another sport with a high incidence of concussion related injuries – boxing.

The International Boxing Association banned the use of headgear for some categories of boxing stating that all available data indicated that the removal of head guards in elite men would result in a decreased number of concussions. Research involved 15,000 boxers, half of whom had competed with headgear and half without and found that in the 7,352 rounds that took place with boxers wearing headgear, the rate of concussion was 0.38 per cent, compared with 0.17 per cent per boxer per round in the 7,545 rounds without headgear.

Sportscover has long been advocating base-line testing in sport where players should be tested before the season starts to provide a benchmark against which their cognitive function can be compared after they receive a blow to the head in a match. This would help to determine whether it is safe for the player to re-enter the field of play and also assist with the decision of for how long the player needs to be rested after a concussion.

Everyone involved in sport wants to ensure that sport can be played as it is meant to be played whilst at the same time trying to minimise the likely-hood of serious injury. An evolutionary change of the rules that improves the safety of the sport by minimising the risk of concussion which, at the same time, maintains the principle elements and enjoyment of the sport is a natural progression.

But a knee-jerk reaction in the face of a media frenzy that changes the sport significantly is not the way to go.

This article was kindly supplied by Sportscover – the Sports insurance specialists – contact www.sportscover.com or (03) 8562 9100.

Understanding trends in sport & what they mean for Local Government 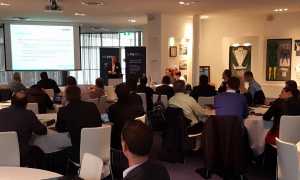 On Wednesday 2 May, 2018 Vicsport in partnership with the State Government of Victoria held an event Strengthening Successful Boards at the Metropole Hotel in Fitzroy, Melbourne 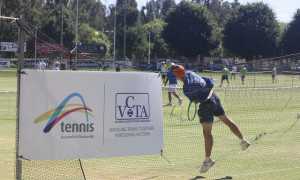 VCTA Country Week is one of community sport’s hidden treasures. It is the biggest community tennis event in the southern hemisphere. Held annually in February in country Victoria, the tennis tournament attracts over 1500 players to a regional location each year.