An exclusive group of Vicsport Professional Network members were lucky enough to be given an all-access tour of Melbourne City Football Club's state of the art training facility, the City Football Academy, Melbourne.  VPN members were guided through the facility seeing everything from the medical and gym facilities, recovery rooms, the world class training pitch, open plan offices and board rooms and the circular style players' change rooms equipped with a central laundry chute!

The group was in awe of the level of thought and detail that has gone into every single aspect of the facility.  Every room has a specific purpose and unique name that has meaning to the City Football Group.   The corridor was one that reflected a step by step progression for players as they would make their way from the change rooms to the gym, on to recovery, and then to the boots room as the last stop prior to taking to the state of the art pitch.  The nature of this layout created an atmosphere where players and coaches alike would be focussed on a pathway to success with whatever they were doing, always coming back to the on-field performance and teamwork.  Large glass windows in the gym and recovery rooms create a "you're always on display" mentality and allow for players and coaches to identify those who are doing the extra work thereby encouraging players to push each other and themselves that little bit further.

Research in other City Football Group locations was used when Melbourne's facilities were being built over a tight 22 week time frame.  No matter what City Football Group  office you are in there will always be the same 53 degree angled wood wall panelling, the same reception desk in the foyer, the same open plan layout with the CEO sitting amongst staff, the same highly visible digital clocks around the building reflecting the  City Football Group philosophy of "every second counts", and an overarching philosophy to achieve excellence and win silverware.

The focus on achieving success was reiterated by Melbourne City FC CEO Scott Munn who was generous enough to provide VPN members with valuable insight about his experiences with the club and the challenges that have come with the new ownership.  Scott spoke of the growth Melbourne City has experienced over the past 12 months and the session concluded with Head of Community, Sue Crow's presentation on the amazing work she and Melbourne City are doing within the community.

Vicsport would like to thank Scott, Sue, Ian and the Melbourne City Football Club as a whole for welcoming Vicsport and our VPN Members into their facility and offering such a unique opportunity to see the inner workings of their club.

If this event sounds like something you would enjoy, sign up to be a member of the Vicsport Professionals Network (VPN) now to enjoy great benefits and experiences like these.  For more information visit our membership page or call us on 03 9926 7916 to join over the phone. 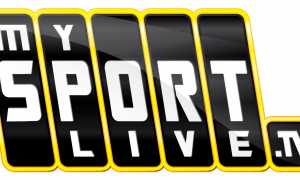 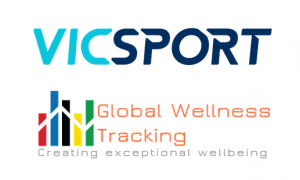 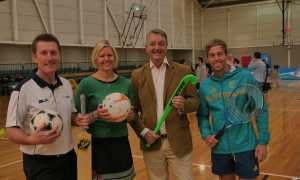