“CVI Continues on our pathway to Good Governance and this is in no small way thanks to the assistance of Vicsport.” -Calisthenics Victoria CEO

Calisthenics Victoria was chosen as one of eight State Sporting Associations to take part in Vicsport’s Change Management Project. Formed in 1986 Calisthenics Victoria or CVI is the peak body servicing the sport of Calisthenics in Victoria. The organisation brings all affiliated groups together and aims to facilitate growth for the sport state wide.  There are over 100 clubs that are supported by the organisation across the state and 7600 participants.

Vicsport’s Change Management Project was designed to offer flexible and tailored support to individual organisations in order to improve the governance structures. The aim of the program was to build the overall capacity of sports in Victoria focusing on strengthening governance structures, improving board performance and developing robust policy frameworks.

Calisthenics Victoria had a large range of issues which it wanted to approach throughout the duration of the project. It was important that the board was committed to working towards adapting to the changes that were required in order to improve the operations of the organisation.

One of the main goals that were listed by CVI was to develop an executive team of nine or less and to ensure there was a clear terms of reference readily available. This goal highlighted some of the main issues approaching the organisation, considering that its original governance structure prior to the project operated with a 17 person representative “Committee of Management”.

Vicsport facilitated a great deal of the changes that took place throughout the project assisting in a smoother change process. This is due to fact that they act as an independent body to Calisthenics Victoria ensuring confidence and independence when retrieving data like survey answers, this was vital to the overall success of the project.

The Good Governance Toolkit was used as a point of reference throughout the duration of the project as it offers practical information that assists in developing the quality of corporate governance in sporting organisations.

As part of their involvement, Calisthenics Victoria took part in a performance review and skills audit in November 2013. This resulted in a series of recommendations and actions which were suggested to further improve the effectiveness of the Committee of Management and the overall governance of the organisation.

The role of the Good Governance Working Party is vital to the ongoing success of the Action Plan. Its responsibilities include but are not limited to fostering collaboration, removing obstacles in order to successfully a deliver a good governance model for Calisthenics Victoria, maintaining the focus of Calisthenics Victoria, continually measuring the delivery and progress of the Good Governance Action Plan and to reporting back to the board.

Overall the initiation of this Change Management project, led by Vicsport’s Kate Green, was a catalyst for substantive development for Calisthenics Victoria. By implementing the changes that were suggested by Vicsport and the supporting data and statistics, Calisthenics Victoria was able to take this opportunity to plan for its future and assist in the ongoing success of the organisation as a whole. 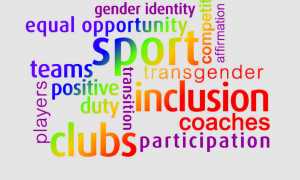 Sports Clubs and Organisations Can Battle Violence Against Women 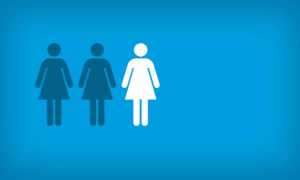